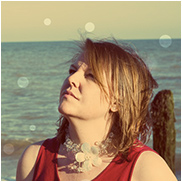 Fans say that Joanne Louise Parker has a voice which “makes the hairs stand up on the back of your neck”. A regular on the open mic scene, she has been known to silence a room in seconds during performances of her a cappella songs.

Joanne has travelled extensively and performed her songs to audiences great and small from the West Coast of the US to as far east as Russia. Support slot credits include Eliza Carthy, Gretchen Peters, Brian Kennedy and Jane Siberry.

“Moontide” is a slow burn project and a UK tour is planned for 2016 along with a limited edition acoustic EP.

“Moontide” is currently available for purchase via CD Baby or direct from JLP at gigs and open mics.